Norway, like so many other countries, is seeing a second wave of the Covid-19 outbreak. But while numbers are rising, the hospitalization rate is much lower than during the first wave in March. Why is that?

There are two main factors at play as it seems. The first is a much higher detection rate. During March, around 10% of the tests came back positive, now it is around 1%.

The second factor concerns the age distribution of those who fall ill. 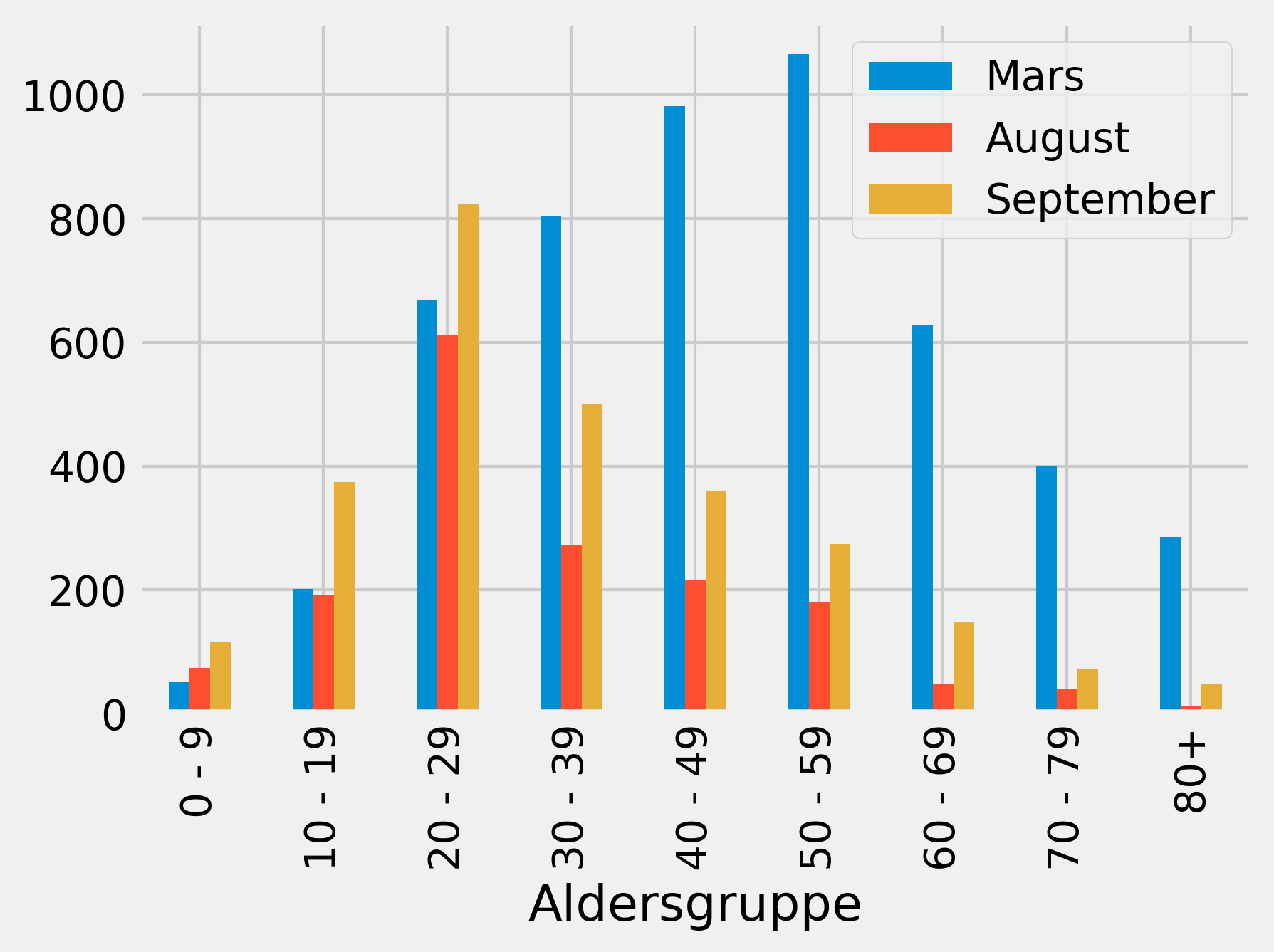 As you can see from the graph (source: MSIS, Sep. 27, 2020), most registered cases in March (Norwegian: Mars) were between 40 and 60 years of age, while now it’s mainly those in their 20s who are affected. This is for now good news since the younger patients are much less likely to develop a severe form of the illness.

The older age groups will however most likely be affected at a later stage if cases keep on rising.

The graph is created with the following Python script with data downloaded from MSIS.